BBPS FairGaze MUN is an Online Conclave of FairGaze MUN that was conducted on 3rd October 2020. It was a theme-based Model United Nations where we celebrated "International Day of Non-Violence" in the memory of the Father of the Nation India "Late Shri M.K. Gandhi".

It was a one-day event starting from 9 A.M. to 6 P.M. As its name suggests the MUN, touched upon the deep intricacies of this pandemic through 6 Committees and Agendas that are simulated in the conclave.

BBPS FairGaze MUN brings the set of best EBs who have vast experience in MUN events. Freshers got a chance to be trained by our experts before MUN.

FairGaze MUN as an entity has successfully associated with several renowned schools of Delhi NCR and has made its mark in the MUN Community as a MUN that gets the delegates a chance to publish their position papers.

Secretariat and EBs Committees and Agendas Newsletter by IP

Students from Classes 6th to 12th of any school of any region can come and participate.

How can you participate?

Students need to register themselves by filling all the required details and selecting preferences. Registration form is given below. After submitting the details, complete the registration by paying online.

Note:The committee and country selected in the form are your preferences. The final allotment remains in the hands of Secretariat and you will receive a mail on final allotment. Congratulations to all the winners of BBPS FairGaze MUN 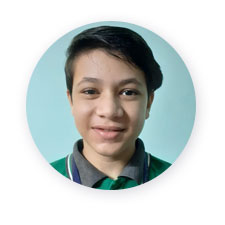 Chairman of the National Centre for Science Communicators